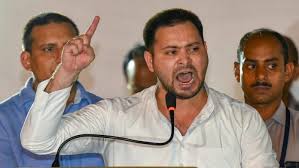 Times Now-CVoter has done Opinion Poll for Bihar Assembly Elections 2020. In this opinion poll, Times Now surveyed more than 30 thousand people and opinions of more than 60 thousand people were included. People in the opinion poll were asked the question – ‘How satisfied are you with CM Nitish’s performance?’ And ‘How satisfied are you with PM Modi’s performance?’

Chirag could not burn its ‘flame’, separated from NDA in Bihar elections, seats not reaching even in tens

In the survey, people gave their opinion on the question asked as the choice of the next Chief Minister of Bihar. Who is the most liked candidate to become the next Chief Minister of Bihar? In response, Nitish Kumar is still the first choice of 29.5 percent people. While Chirag Paswan wants to see 13.8 percent as CM. At the same time, Tejashwi Yadav wants to see 19.9 percent and Sushil Modi as 9.9 people as CM.

Nitish Ahead Of Others Reveals A Survey