It has been almost 2 months since pubg got banned in India. It was one of the most popular games in India. After this many youtubers felt sad for this game. Pubg mobile was in gamer’s heart.

After this there were many rumours going that it’ll come out with Jio or airtel but they remained rumours. Till yesterday we got confirmation from crafton the parent company of Pubg corporation that they are planning to do partnership with Microsoft and bring the game back in India with Microsoft Azure servers.

Kronten, Ghatak, and Ocean Sharma have been dropping hints about the major announcement for the past week about pubg mobile returning. Pubg corporation posted some jobs in LinkedIn in India. Ocean gaming also tweeted something regarding the collaboration with Pubg Corporation and Microsoft

All big names in gaming are cast for indian pubg mobile ad. It includes big names such as kronten, hydra dynamo etc. Still it’s not official yet but the sources are very strong. Let’s hope for the best to comeback 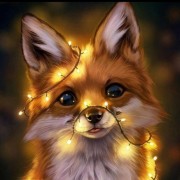 IBM splits into two companies to focus on the cloud

Micromax is returning with new phone

ISRO-NASA plan to launch satellite by 2022: What does the NISAR mission aim to achieve?