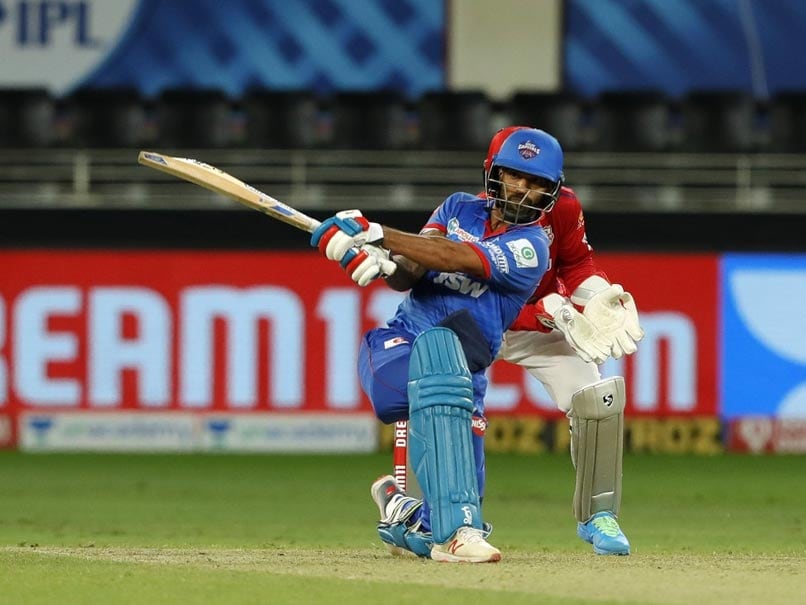 Kings XI Punjab (KXIP) defeated Delhi Capitals (DC) by 5 wickets in the 38th match of the IPL 2020. At the same time, despite the defeat, Delhi remains on top IPL 2020 point table. Delhi opener Shikhar Dhawan was adjudged Man of the Match. He scored an unbeaten inning of 106 runs.

Batting first after winning the toss, Delhi gave a target of 165 runs. In response, Punjab scored 167 runs off 5 wickets in 19 overs and won the match by 5 wickets.

Kings XI Punjab had a poor start. The team had lost 3 wickets in the power-play. Captain Lokesh Rahul 15, Chris Gayle 29, and explosive Mayank Agarwal were dismissed on 5 runs.

Nicholas Puran scored the highest for the team 53 and Glenn Maxwell scored 32 runs. They shared a partnership for 69 for the 4th wicket.

Tushar Deshpande bowled the most expensive over of the powerplay in the season :

Chris Gayle scored 26 runs in the 5th over of the match with the help of 2 sixes and 3 fours. This was the most expensive over of this season’s power-play, which was bowled by Tushar Deshpande. Earlier, Khalil Ahmed of Sunrisers Hyderabad given 22 runs in an over during the power-play against Chennai Super Kings. At the same time, Trent Bolt of Mumbai Indians gave 20 runs in an over against Kings XI Punjab.

Delhi scored 164 for 5 wickets. The team was not doing well. Opener Prithvi Shaw got out on 7 runs and captain Shreyas Iyer on 14 runs were returned to the pavilion. Opener Shikhar Dhawan kept one end and scored an unbeaten inning of 106 runs on 61 balls. He has become the first player of the league to score 2 consecutive centuries. Earlier, He had scored an unbeaten inning of 101 runs against the Super Kings.

IPL 2020 Final date and time, venue, squads: All you need to know about DC vs MI game